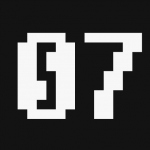 So tired of all the disrespect towards community scripters

Hi everyone, this time I am posting a totally different topic.

It is about the disrespect towards community scripters that is very well and alive in this huge community.

and then EXPECT US (by us I mean the scripters) to FIX IT FOR THEM.... I mean like, where does that come from? Does the community think we are some sort of charity scripters?

I am so tired of all that crap. Of course I am not scripting for money, but even the amount of thanks/credits/respect is to CRY ABOUT.

At the moment of writing this, my continued version of VEMF has about 5000(!) views. And guess what? Only about 6(!!!!) different people replied by either saying thanks or some other respectful message.

Think about that again! ONLY SIX OUT OF FIVE THOUSAND were respectful enough to say thanks or something else....

To make it even worse; among those people that reply are usually people that reply with only: "uugghh It does not work" or "I have an error" or "Change that because it does not work on my server". Everytime I receive a message like that I get soooo pissed because it basically says: (excuse my French) "**** you and your script I do not care about all of that time you put into this I am just a selfish bastard that only cares about having the best scripts on my server and I give 0 ***** about the effort and time put into it. And if I have an issue I just post without even saying one word: THANKS."

And that is what I mean by the disrespect towards community scripters. Pfeww that is out now. I feel much better already.

The real reason why I am posting this though is that I want raise awareness of the fact that this is happening everyday and it is ruining all of the potential that can be achieved with EPOCH and ArmA.

Georgie, DirtySanchez, mgm and 8 others reacted to this

30 answers to this question